Our all-steel ATV/ UTV mounting system is stronger, safer, and easier than ratcheting straps! Secure your investment and keep the road safe while transporting your machines.

Now available by popular demand! 🙂 A while back we posted about a prototype ATV tie down system, and we’ve had so many inquiries that we’re now making it publicly available.

The All Steel ATV / UTV Tie Down System

Our tie down system was created with the following in mind:

Components of the ATV / UTV Tie Down System

This system is flexible enough to work with vehicles that have winches and tow hitches, or that lack one or both. Assuming your machine has a reliable winch, we have a D-ring plate designed to bolt to the bed of the trailer so you can simply winch the front down and go. 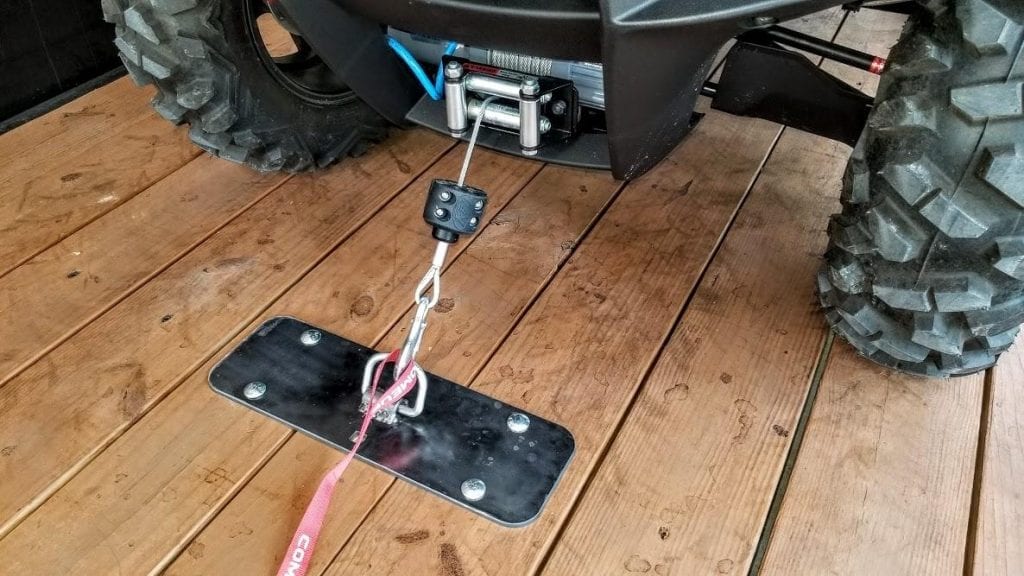 If your machine has a tow hitch, our lever action rear mount will quickly attach to the safety chain mounts. 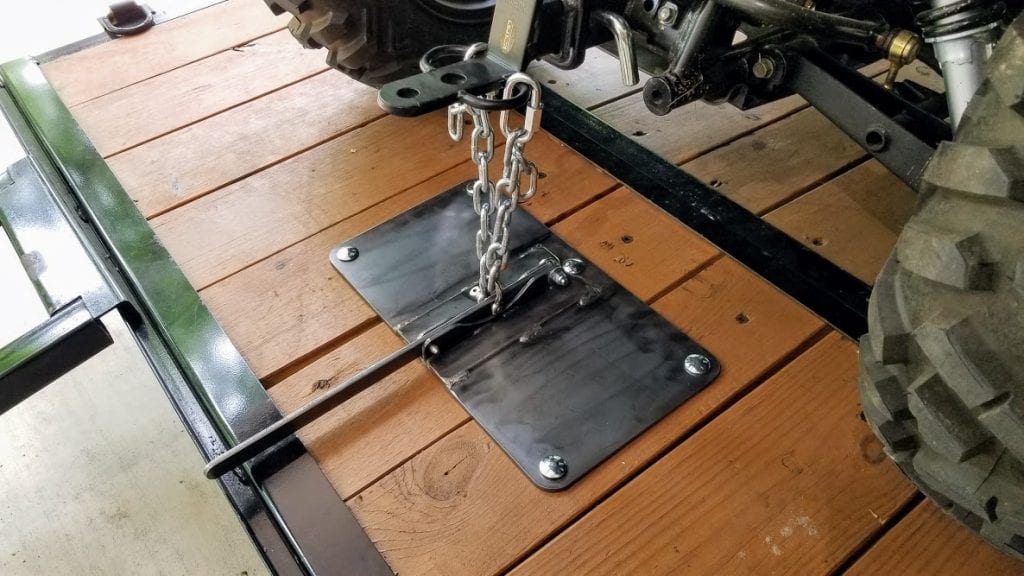 Even if you lack a winch or tow hitch, you can still use the lever action mounts to hook to secure mounting points on the ATV or UTV and just lever down both the front and rear.

Since the D-ring mount is pretty self-explanatory, we’ll skip right to the lever mount!

The lever mount has two parts: 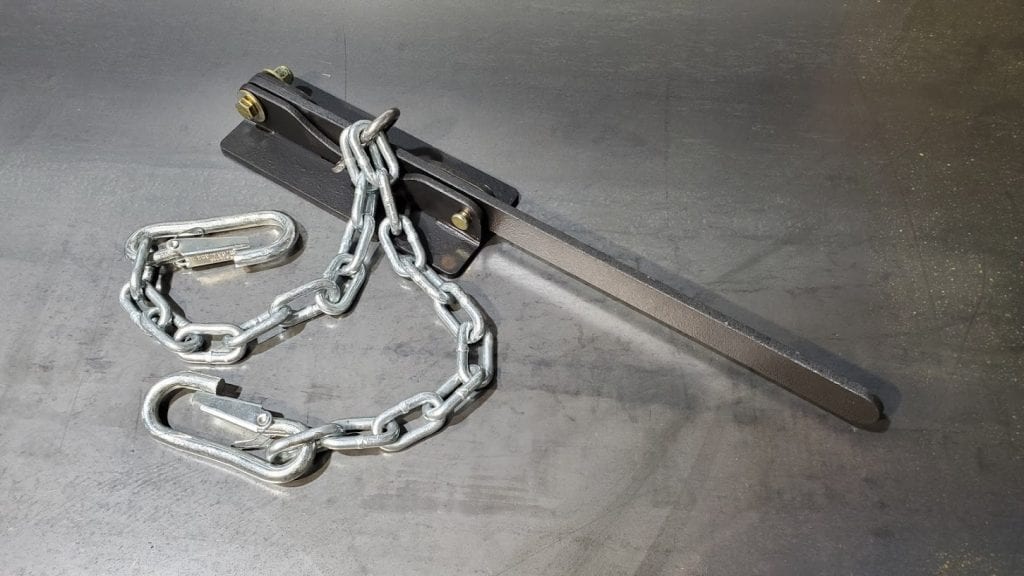 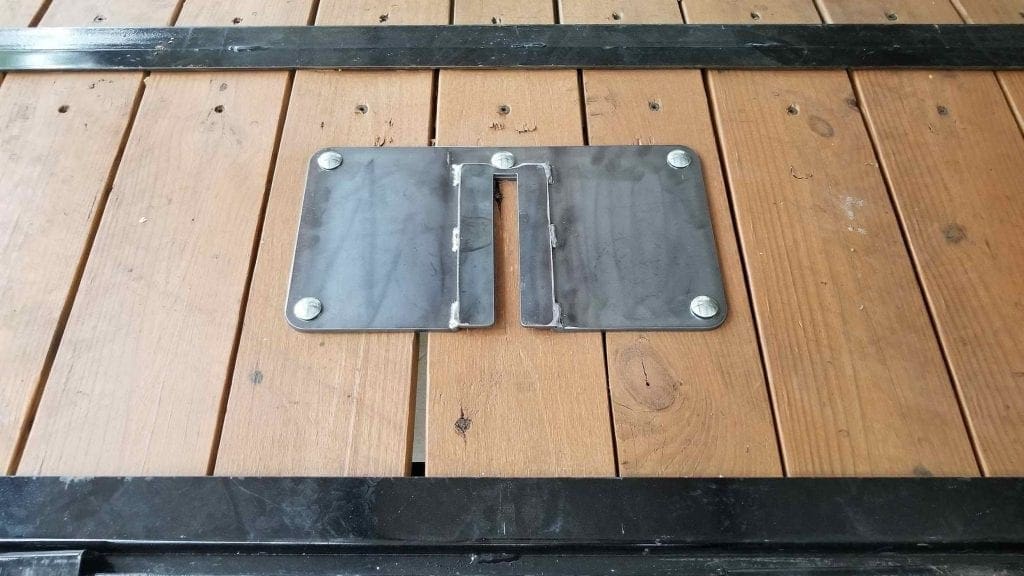 The lever can be removed when not in use, leaving a flat plate bolted to the trailer bed that can easily take the abuse of whatever you’re loading and unloading when it’s not an ATV!

To use it, just side the lever in the mounting plate and attach the chain hooks to the ATV with the lever in the loose “up” position. You’ll need to make sure and remove as much slack from the chain as you can so you can really cinch it down when you push the lever down! 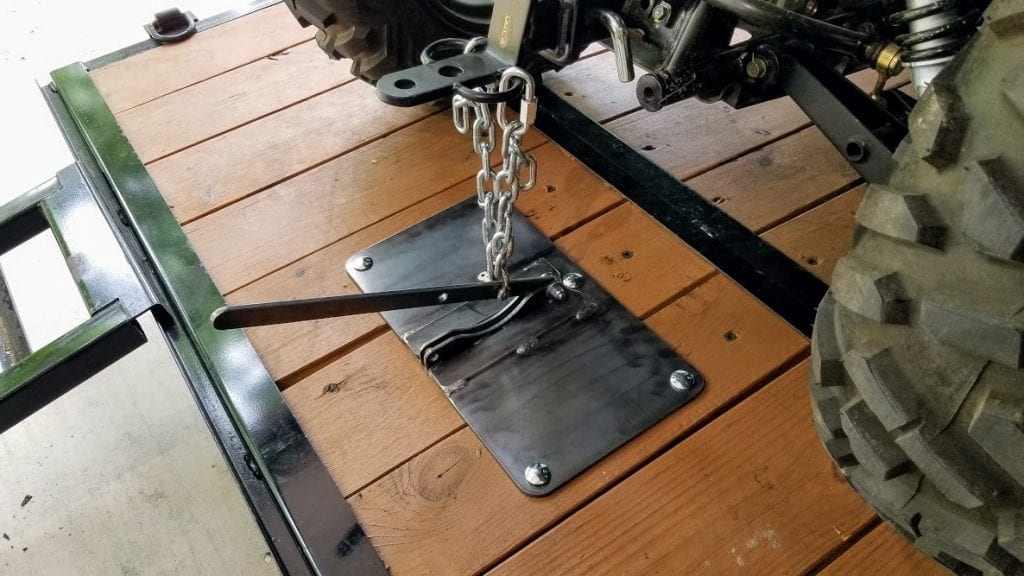 Once you’ve got it nice and snug, push down the lever and stick the pin in to hold it down!

For bonus points, use a padlock instead of the supplied pin!

Tips for Using the ATV / UTV Tie Down System

Placement of the lever mounting plate:

Our standard mounting installation requires 3/8″ carriage bolts with large washers (not supplied) for mounting.  For added protection, we now offer a 3/16″ A36 steel undercarriage mounting plate for both the D-Ring and Lever Plates — so you can sandwich your deck material between two steel plates.

Final thought – set your parking brakes! If you use a machine without a parking brake you might want to chock a wheel or use a parking mat like this to prevent rocking back and forth strain and loosening of the winch.

Let us know what you think...

What others are saying

There are no contributions yet.

Continue as a Guest

Continue as a Guest 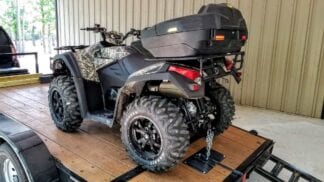